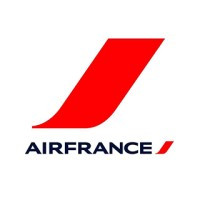 Air France, stylised as AIRFRANCE, is the flag carrier of France headquartered in Tremblay-en-France. It is a subsidiary of the Air France–KLM Group and a founding member of the SkyTeam global airline alliance. As of 2013 Air France serves 36 destinations in France and operates worldwide scheduled passenger and cargo services to 175 destinations in 78 countries (93 including overseas departments and territories of France) and also carried 46,803,000 passengers in 2019. The airline's global hub is at Charles de Gaulle Airport with Orly Airport as the primary domestic hub. Air France's corporate headquarters, previously in Montparnasse, Paris, are located on the grounds of Charles de Gaulle Airport, north of Paris.