Today on International Women's Day, Air Canada announced the 2022 recipients of the Captain Judy Cameron Scholarship as the airline continues fostering the next generation of women in non-traditional aviation careers.

The scholarship, named in honour of Air Canada's trailblazing first female pilot, recognizes high-potential young women pursuing aviation and aerospace careers as commercial pilots or aircraft maintenance engineers and who may not have the financial means to do so.

"On International Women's Day, we celebrate and recognize the successes and achievements of the more than 14,500 women who work at Air Canada worldwide. Air Canada has taken a leadership position in cultivating diversity, equity and inclusion, and women are represented at every level and across all branches. Initiatives such as the Judy Cameron Scholarship work actively to 'break the bias' by supporting and encouraging the next generation of women in non-traditional aviation STEM careers. We firmly see the sky as having no limit for all qualified people. Congratulations to this year's winners!" said Arielle Meloul-Wechsler, Executive Vice President, Chief Human Resources officer and Public Affairs at Air Canada. 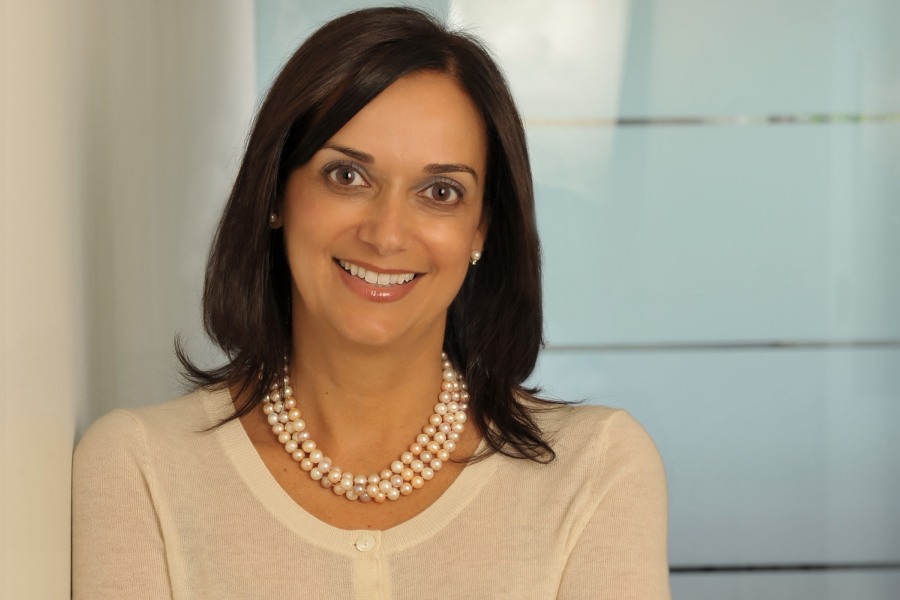 "As we continue to deal with the ongoing effects of the pandemic, it is particularly gratifying to see so many talented and determined young women, single-mindedly pursuing their careers in aviation. What makes these four women exceptional is their willingness and enthusiasm to be role models and mentors to encourage other women in their aviation journey. Thanks to Air Canada for their continuing commitment to gender equity, diversity and inclusion," said Judy Cameron, Boeing 777 Captain at Air Canada (retired), and Director, Northern Lights Aero Foundation.

The winners of the Captain Judy Cameron Scholarship, awarded in partnership with the Northern Lights Aero Foundation, each receive $5,000 toward their studies in aviation. They are:

A second-year student in the Aircraft Maintenance Engineering Program at College of the North Atlantic in Gander, Newfoundland, she is also President of the Student Council, a member of the Sexual Harassment Policy Committee, Student Union Representative for her college for the Canadian Federation of Students Provincial Executive and the Students with Disabilities Representative for the Canadian Federation of Students. "I am a strong believer in fighting adversity and advocating for change. I can advocate for those needing help finding their voice and those that just need help projecting it. As women we stand together, we stand as one," Tanisha said.

Winnie just received her Group 1 IFR and is finishing the Integrated ATPL program at the Waterloo Wellington Flight Centre, while in her final year of the Science and Aviation Program at the University of Waterloo, Ontario. She is a Teaching Assistant for an introduction to aviation course at the University and a member of the Northern Lights Junior Board of Directors, taking leadership to inspire, empower, and encourage women in aviation and aerospace. Her immediate goal is "to instruct for a couple of years to give wings, share my knowledge and skills, and be a mentor for future pilots." Ultimately, she would like to be an Air Canada 787 or 777 Captain. Winnie says "It is so important to me that I am able to inspire and mentor the next generation of aviators and women considering careers in aviation."

Alissa is in her final year of the Commercial Aviation Program at Mount Royal University in Calgary, Alberta. Working as an Air Canada flight attendant sparked her interest to pursue a career as a pilot and she completed her Private Pilot License in just three months to secure her entrance to her program. Alissa is President of the Aviation Student Executive, on the Safety Management System Committee, and a member of the Alberta 99's, the BC Aviation Council and the Alberta Aviation Council. Alissa says, " I have enjoyed every step of the way in my journey throughout the aviation industry so far. I intend to use every resource available to me to achieve my goal of eventually flying for one of Canada's mainline carriers."

Madelaine recently completed her flight Instructor training at Principal Air in Abbotsford, B.C. and is now working on her multi-engine Instrument rating. She is an active member of the Ninety-Nines where she volunteers as news coordinator and has created an international FAQ document for new members. As a single mother of twin boys, she has had to overcome significant obstacles but has never given up on her ambition to complete her goals. Madelaine plans to work as a multi-engine IFR instructor, sharing her expertise with others and promoting women in aviation. "My goal is to encourage those who want to make their dream a reality and show them that with enough determination and effort, anything is possible," Madelaine said.

Judy Cameron became the first female pilot hired by Air Canada, Canada's largest airline, in April 1978 at the age of 23. She was the first woman to graduate from Selkirk College's Aviation Technology Program in 1975. Throughout her flying career of 40 years and over 23,000 hours, she has flown the DC-3, Twin Otter, Hawker Siddeley 748, DC-9, Lockheed 1011, Airbus 320, Boeing 767, and Boeing 777 to the far corners of the world. She became a captain in 1997 and in 2010, she became the first female captain in Canada of a Boeing 777, the largest aircraft in Air Canada's fleet. She retired in 2015, received the Elsie MacGill Northern Lights award in the Flight Operations category that year, and in 2016 she was chosen by the 99s (International Organization of Women Pilots) to be on its Canadian postage stamp.

In 2019, Air Canada committed to awarding $20,000 per year for three years toward the Captain Judy Cameron scholarship, and in 2021 re-committed its support for an additional three years.

The Captain Judy Cameron Scholarship is open to women who are Canadian citizens and who are enrolled in a fixed wing aviation flight program at a college, university, or flight school, or an aircraft repair and maintenance program anywhere in Canada.

The Scholarship is administered by the Northern Lights Aero Foundation, which inspires and celebrates Canadian women in aviation and aerospace with mentorship, scholarships, a speaker's bureau, and junior board, along with an annual award event.