CEOs in the aviation industry 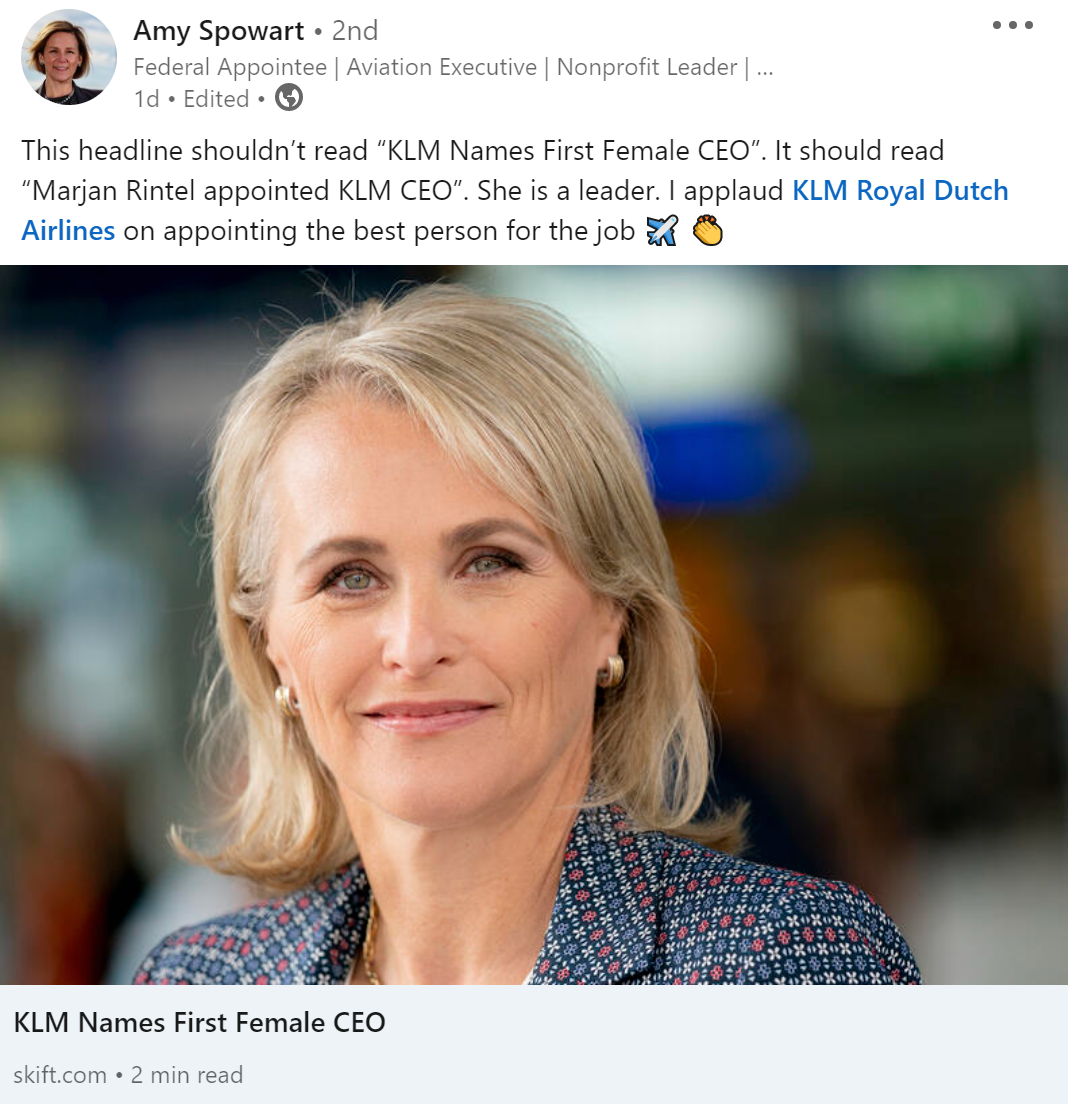 This week, President and CEO of the National Aviation Hall of Fame, Amy Spowart, pointed out on LinkedIn that the media should not use the headline "KLM Names First Female CEO" and rather write "Marjan Rintel appointed KLM CEO". She has a good point to follow.

Recently, the AirlineJobs.com News has also written several articles about new top executives in the aviation industry. AirlineJobs.com used the headline "KLM appoints Marjan Rintel as new CEO", but we have also focused on gender in some of our articles.

An example is in the article about Güliz Öztürk, who was recently elected as Pegasus Airlines' new CEO (only 8 days ago). AirlineJobs.com mentioned gender; “The appointment marks the first female CEO in the air transport history of Turkish civil aviation”.

In fact, just 3% (2021) of airline CEOs are female, which is far lower than the average of 12% across all industries (it a scandalously low figure).

AirlineJobs.com News have today brought this topic up for discussion and will have a more conscious relationship with the mention of women in leadership positions in the future and will also correct where mistakes have been made.

AirlineJobs.com will continue focusing on the individual's competence, suitability for the position, previous achievements, and skills.